Why the Scottish Highlands and Isle of Skye Should be Next on Your Travel List.

Truly there is no other place that has captured both the imagination and curiosity of the world the way that the Scottish Highlands have. The Highlands have been a key destination for filming fantastical imagery, whether it be for the Harry Potter series, Skyfall (James Bond), Trainspotting, Braveheart, the Outlander series, and several other productions. The Highlands are also home to the legendary monster of Loch Ness, which was and still is a world-famous conundrum. Scientists have even conducted tests on those waters this year, to test for possible DNA present in the waters. It’s a testament to how we are still captivated by the thrill of the search.

All that being said, Scotland is even more captivating in person, and it had enchanted me completely when I visited in June this year. The rolling, green and mountainous landscape of the highlands is a hiker’s dream, and it needs no filter. While in the presence of such awe-inspiring giants, you feel a little sense of sweeping fantasy just by being there. 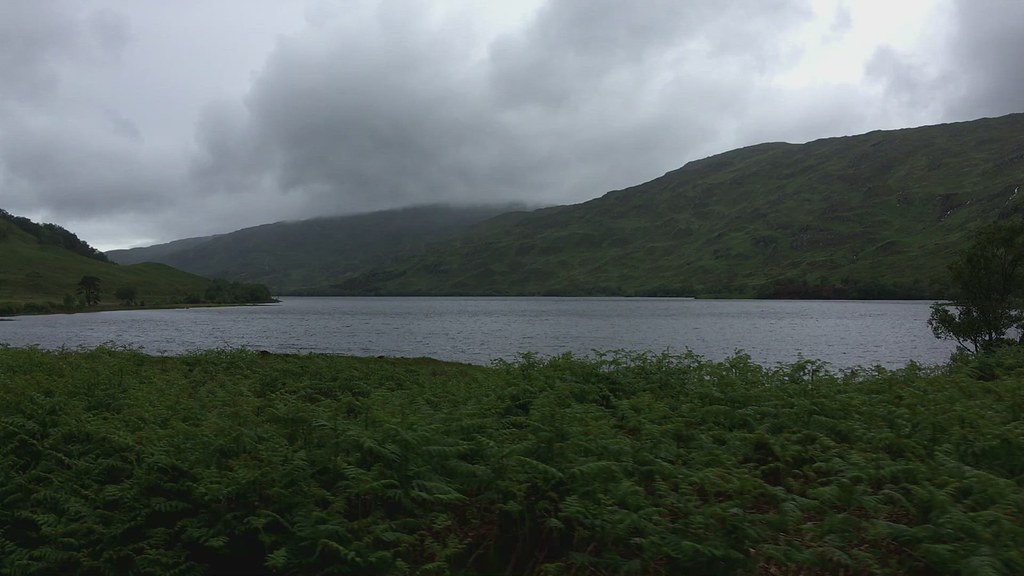 When I went to Scotland in June 2019, there were many landmarks and attractions I was determined to see a lot in a short amount of time. I’d taken two tours in the Highlands, one by Discover Scotland Tours and another by Highland Experience Tours. These are two of some of the most popular touring companies Scotland. I can say without a doubt that the tour of the Highlands and the Isle of Skye by Discover Scotland Tours was my favourite tour of the two. This was a three-day tour from Edinburgh and Galway (both were pick up locations) through the highlands, to the Isle of Skye, and back again. Our tour made the most of the trip with several stops at key attractions along our travel routes.

You can click through the timeline below to see my tour itinerary with Discover Scotland Tours, which has photos and video of each attraction we visited.

Top 4 Scenic Locations in the Highlands:

Glencoe is technically a village, but as you’ll see in the image below, the glen encompassing the area is its selling point. After spending time basking in the sun (or fog) in the valley by the viewing points, you can stop by the Glencoe Folk Museum for a warm lunch and learn about how the area is steeped in history. In 1692, the Massacre of Glencoe occurred on these lands and resulted in the death of almost 40 members of Clan MacDonald, dead by the hands of forces acting for King William III.

The Quiraing is located on the Isle of Skye. It is a landslip that is actually still in movement, as the roads below it have to be repaired frequently. Travellers can actually walk along the top of the slip if they wish, providing exceptional photo-taking opportunities. I did not do the walk for the sake of time, but I did stand on the main viewing point of the Quiraing, and I can tell you it’s an otherworldly view of cliffs, pinnacles of rock, and plateaus. This landmark is also close to the Old Man of Storr, another popular tourist attraction on the Isle, making it easy to see both in one day.

I stayed in Kyleakin for two nights during my tour. It’s a quaint and remote fishing town (like most towns on the Isle of Skye), and was surrounded by a loch, mountains, and the remains of an old castle in the middle of the water. It’s the perfect place to go to have some quiet and to relax.

Sligeachan is a settlement on the Isle of Skye, and the walking path we walked on took us towards the Black Cuillin Mountains, up close and personal. The day was a bit overcast and the mountains had an ominous feel to them, overarching and sharp. Below the mountains, we walked by small waterfalls and “fairy pools.” It must be noted, though, that this was not an easy walk to do. The landscape here was like any other in the highlands. Rugged, and with random elevations and dips. It’s best to be in fit condition for a hike and to bring proper footwear (especially footwear that is waterproof) before taking this trail on. We had to step over several streams and rock formations along the way. 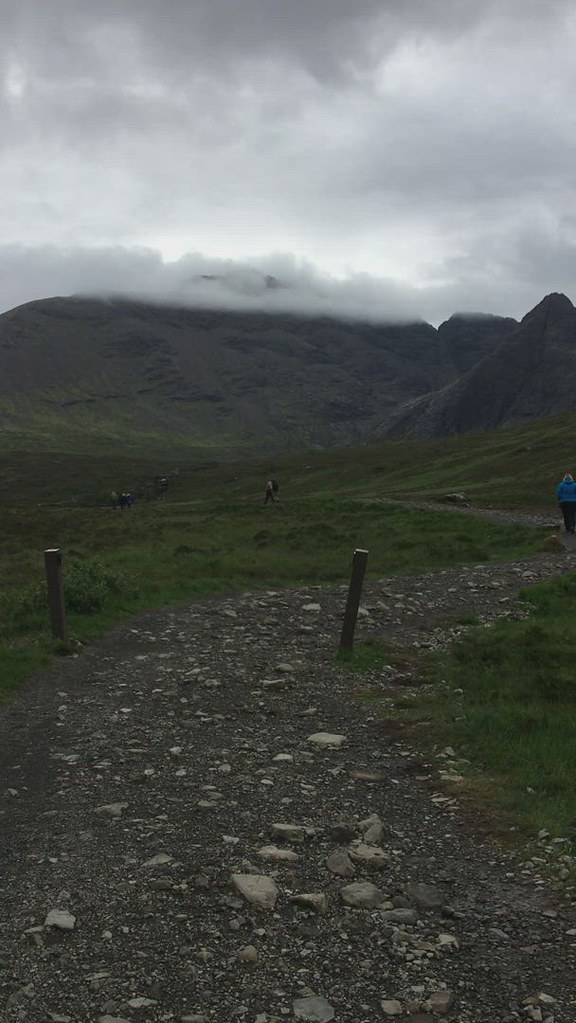 Things You Need to Know Before You Go to the Highlands:

The Scottish have a very particular vocabulary, and it’s worth getting familiarized with it before you arrive. In a city like Edinburgh, you may find less of this vocabulary used, but in the Highlands and on the Isle of Skye, you will most definitely become acquainted with it.

I took this photo of a banner I found at a gift shop at Loch Lomond, the “Scottish Dialect Translator.”

In some parts of the world, we call it the washroom or bathroom. In Scotland, they call it like it is – a toilet. I remember asking where the washroom was in a populated mall in Edinburgh and even in a tourist-attracting city like this one, I got a bunch of blank stares. Definitely a rookie mistake.

If you go on a tour bus or small tour van like I did, you’ll realize that a lot of the tour guides wear a kilt, typically as a uniform. I could tell this confused some of my fellow tourists. Some thought each kilt had a specific meaning or was significant in terms of what your family name is. Others thought it was a gimmick. You see this in many other countries where a traditional dress or custom is commercialized, and it is the same thing in Scotland. The truth is that a kilt is typically worn on special occasions (such as a wedding). In the Highlands, though, some men actually choose to wear a kilt every day, and the pattern of their tartan doesn’t necessarily have any significance. The tartans with “significance” are to be worn on said special occasions. This was something I’d been told by locals.

In Scotland, especially in the Highland region, the weather changes very frequently. When I traveled through the Highlands in June, I had to change what I was wearing sometimes more than once per hour if we were outdoors. It gets cloudy, windy, and rainy, and then you’ll get sudden bursts of sunlight and clear skies. I thought the weather in Canada (where I’m from) was unpredictable, but this was truly something else. My suggestion would be to bring clothing that is optimal for layering, that is warm, and waterproof. I wore waterproof hiking boots with a good grip, a waterproof wind breaker and even a slim winter jacket for that time of year.

Danielle is a multi-media journalist and private investigator specializing in open source intelligence research. She is the host of Truth Be Told podcast which centres around issues relating to indigenous communities in Canada.

She holds an Honours Bachelor's degree in Criminology and Socio-Legal Studies, and is currently obtaining a post-graduate certificate in New Media Journalism from Sheridan College.

You can find more of Danielle's work here: http://danielleorr.mystrikingly.com/