Diana Frances Spencer also known as People’s Princess was undoubtedly the most popular member of the Royal family and even after her death continues to be the most loved member. Diana Spencer was married to Prince Charles and is the mother of Prince William and Prince Harry.  It’s 2019, and she still has a humongous fan base.

She brought about a wave in royal culture with her confident and unique personality. She was called the ‘Queen of hearts’ by the people and press. Her passion, ambition and love for people made her so popular that she somehow had become a vital entity of her own. According to certain reports, the love she received from the public, came as a threat to the Royal Palace.

She wasn’t just another princess, she had so much more to her. She was a major style icon; she was also a socialist. She cared for social causes that made her an icon. Unlike other members of the royal family, Princess Diana was extremely humble and honest. The public found her extremely relatable which again made her popular.

It’s been 22 years since Princess Diana died in a car crash, but her popularity appears undiminished. Her funeral was watched by an estimated of 2.5 Billion people making it the most televised event in the history of television.

Beauty with brains was the perfect way to describe the extraordinary princess. She was bold, she stood for herself, she fought for justice, the three things women back in the 90’s were afraid of doing, she did it all. She faced a lot of backlash from the royal family, but despite all the hardships she went through, she never gave up, she never stopped being herself.

Princess Diana loved to break the rules, weather it was the ‘dressing requirement’ for a royal member or the eating habits. She never played by the rules and believed in creating her own. She is considered to be one of the biggest style icons and major fashion brands still derive inspiration from her style.

She was not only a Princess and a national figure; she was also someone who challenged social taboos with her gentle compassion and used her profile to highlight unfashionable causes.

There were several moments when she stole the nation’s heart. I want to list a few out for you.

Diana Spencer emerged fully into public view as an elegant and mild-mannered 19-year-old nursery worker in February 1981 after she accepted Prince Charles’s proposal. Soon after the engagement was announced the newly betrothed couple gave an interview to ITV. Even though prince Charles brushed a journalist’s question asking if the couple was in love, Diana gracefully smiled and didn’t let her wounded side show.

Charles and Diana were wed in July 1981 at St Paul’s Cathedral in what was billed as the ‘Wedding of the Century’. She looked breathtakingly ‘princessey’ an Emanuel dress with a 25ft train, as the largest ever worldwide audience of 750 million people tuned in to witness the grand wedding across the globe.

During the mid 1980’s Aids was the most misunderstood disease. People believed that Aids could spread if you touch somebody diagnosed with the disease. In 1987 Diana opened UK’s first hospital dedicated towards Aids and HIV. She even went on to hold the hand of a man suffering from HIV on camera to rubbish the perception that it spreads by touching.

After Princess Diana and Prince Charles’ divorce, in 1995, Diana secretly gave an interview to BBC’s Panorama where she bore her soul to the nation. But she also displayed her cutting wit. When asked by Martin Bashir about Charles’s affair with Camilla Parker Bowles, Diana retorted: “Well, there were three of us in this marriage, so it was a bit crowded.”

I have attached a fun fan reaction video below just for you guys!! 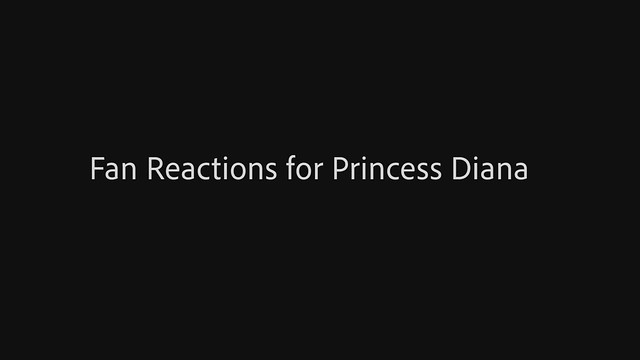 To conclude, I would like to say that Princess Diana has had a major impact on people’s lives, young people, even today are inspired by the way she lived life and deeply admire the late princess.

Snehal Kataruka, is a Journalism New Media student. She is particularly inclined towards entertainment writing and reporting. Adding life to old topics and listicle writing is her area of expertise. She believes in adding fun and making serious topics a little light!!

Ciao Bellas, it's me Sne! Journalist by profession, currently a student at Sheridan. Love shopping and will bug you with bags and shoes till your ears bleed.