More than 35 TTC employees have walked off the job due to a lack of personal protective equipment (PPE) Wednesday night.

However, the Ministry of Labour has reviewed the situation and said that the refusals did not meet the conditions for work refusal.

The inspector for the Ministry found sufficient current measures to protect employees, citing rear-door boarding, plexiglass shielding, and blocking off seats. All TTC employees who walked off were issued back to work on Thursday.

John Di Nino, the head of the Amalgamated Transit Union ( ATU) has said current measures aren’t enough. He says employees are scared for their families. Di Nino says the TTC  is currently in possession of 20,000 masks but refuses to give them to frontline workers.

Currently, TTC employees are allowed to wear masks but are asked to purchase masks themselves.

In response, Toronto Mayor John Tory has said he is in talks with Toronto Public Health to potentially get drivers more equipment. 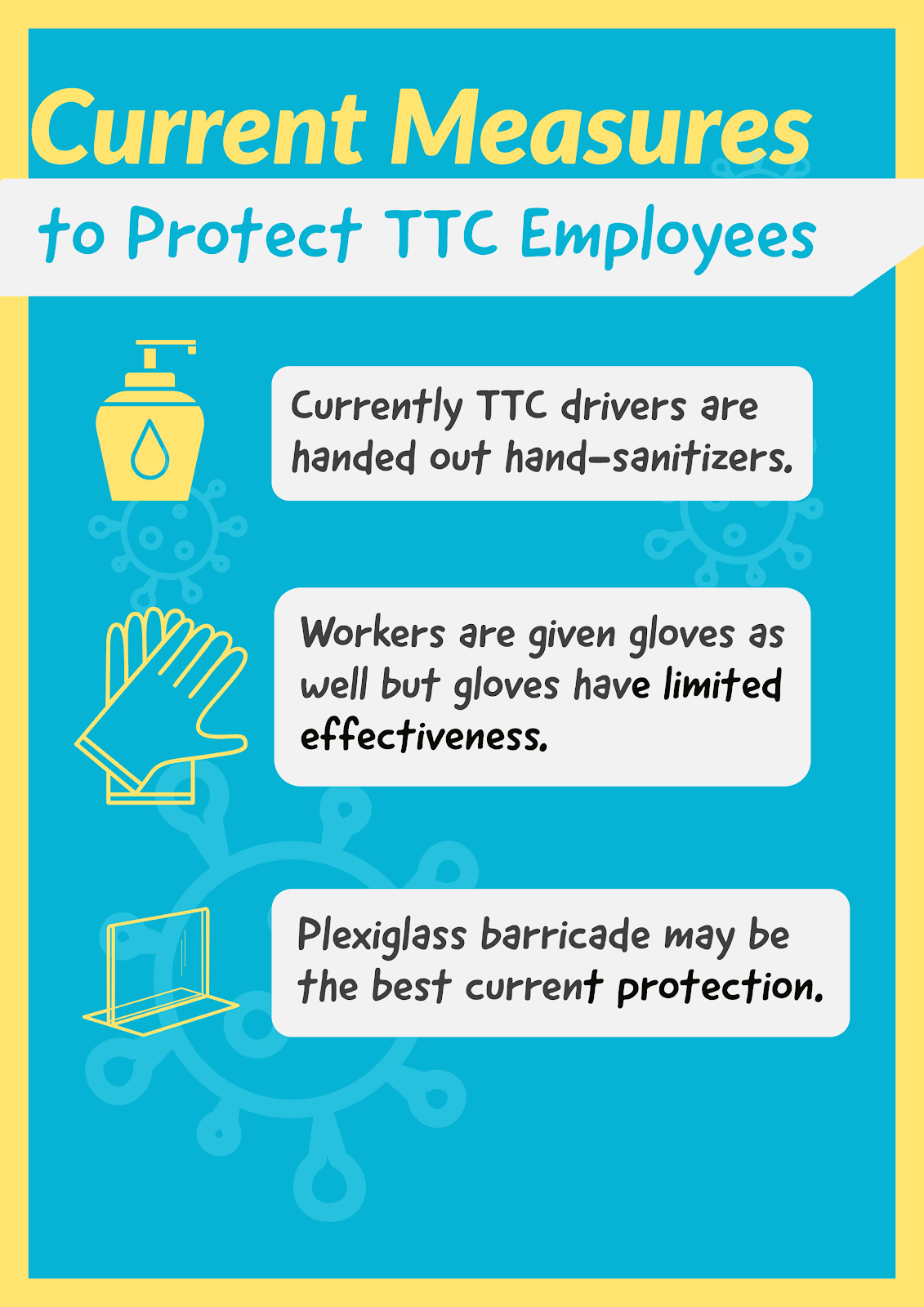 “We’re working now with them to work this issue out to make sure with the advice of Toronto Public Health and the Ministry of Labour that we get PPE to the people who need it,” Tory said, in an interview with CP24.

The union was prompted to ask the TTC for the PPE due to overcrowding on several routes.

TTC Spokesperson, Stuart Green, has mentioned to the union that they are in the process of procuring washable, reusable, face masks. The TTC however is several weeks away from being able to distribute these masks. Right now, only TTC Wheel-Trans Operators are given masks as they deal with vulnerable and elderly passengers.

TTC bus drivers have also been told to limit the number of passengers to between 10 and 15 on each bus to stop the spread of COVID-19.

More buses have been added to busy routes to avoid clusters as doing headcounts has been deemed as  impractical. These routes have been identified as “hotspots.”

The public is being asked to alter the travel plans accordingly to help alleviate some of the overcrowding as well. The TTC is asking citizens to make travel plans after 8 a.m. whenever possible.

Vehicles can bypass stops if too full.

By Wednesday, 17 TTC employees have tested positive for COVID-19. These include five bus drivers and two subway operators.

Brian Capitao is a feature writer with a penchant for writing about countercultural movements. His work has appeared in The Plaid Zebra, NOW magazine, Panoram Italia, and OntheA.Side. He currently attends Sheridan College as part of the New Media Journalism program.